Okay, you're probably wondering what Slimough is.  Slimough is an easy to make slime-dough.  When you first start mixing, it will be a sticky, oozing slime.  After a little mixing, however, it will turn into a dough that sticks to everything.  The only odd part is, only a small speck will be left on your fingers.  Read on for instructions. 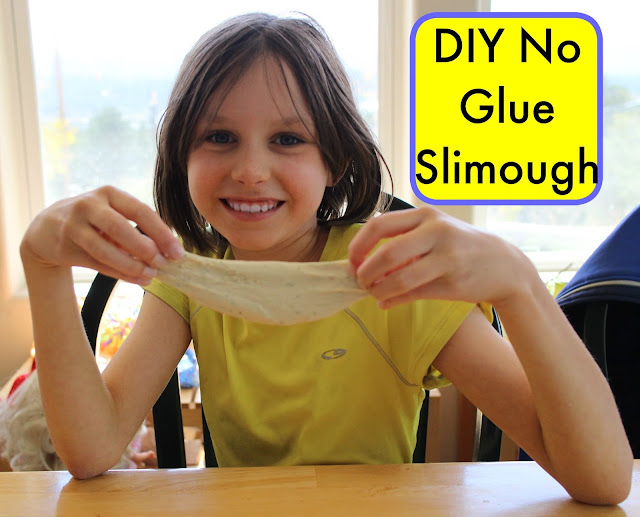 To make Slimough, you will need:

The first step is to pour the flour into the bowl. 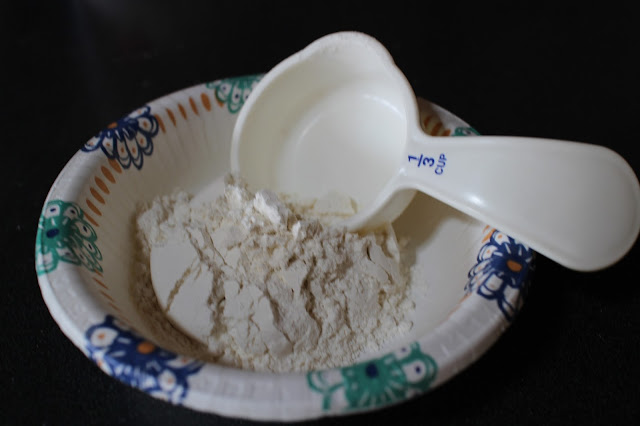 After the flour is in the bowl, pour in just a little under 1/3 cup water and slowly stir with the plastic spoon.  The result will be your very own Slimough! 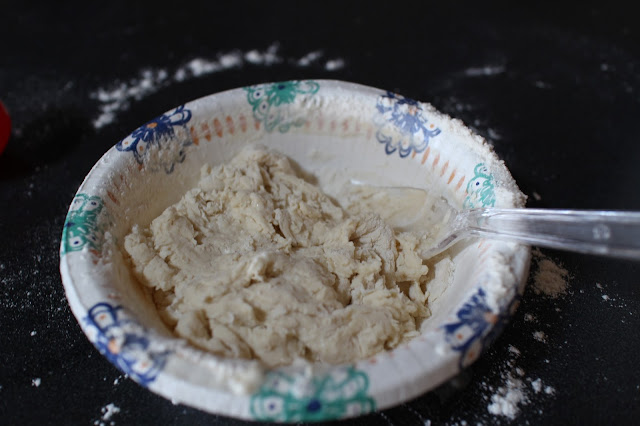 Now comes the fun part: Adding the Glitter!  Take your favorite color of glitter and use your fingers to sprinkle on your desired amount. 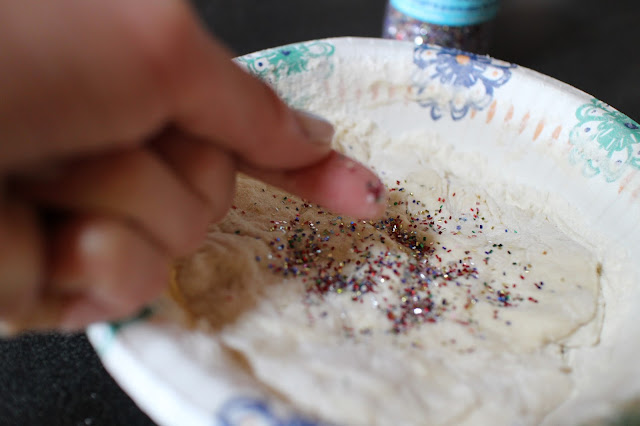 Slowly and carefully knead the glitter into the Slimough. 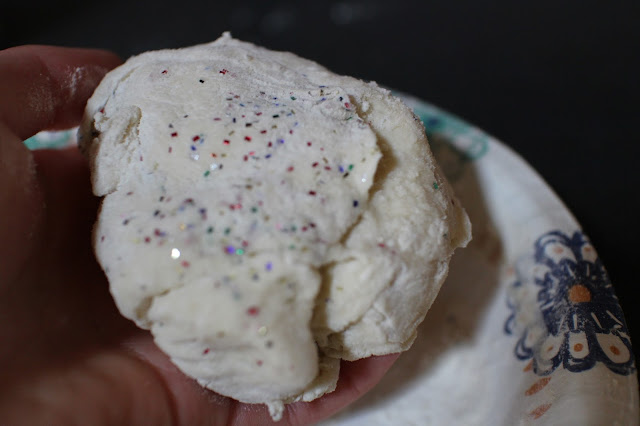 Keep your Slimough in your refrigerator for about 3-5 weeks. 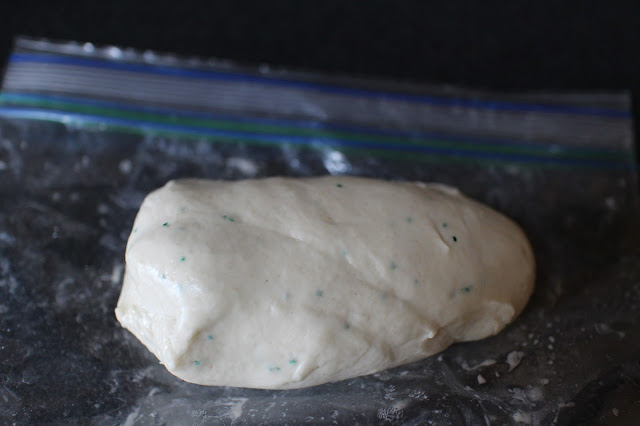 Read what happens to the Slimough when it's refrigerated below: 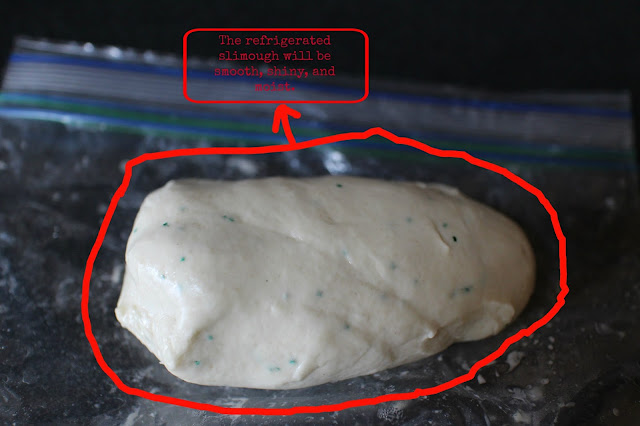 I made green Slimough and Confetti/Rainbow Slimough.  The Slimough I did this post on was when I made the confetti slime-stuff.  The green Slimough was a week old when I took the pictures.  What color will you make?