First things first, Meow Wolf is a crazy (and cool) museum that you can explore and get lost in.  There are slides in dryers, tunnels in refrigerators, and a maze of awesomely-creepy rooms and things to climb and crawl in.  The whole complex system of rooms comes from a house with objects that go to other places around the museum.  Below, we are in an interesting little room with bars, odd heads mounted on the walls, and a one story drop underneath the floor. 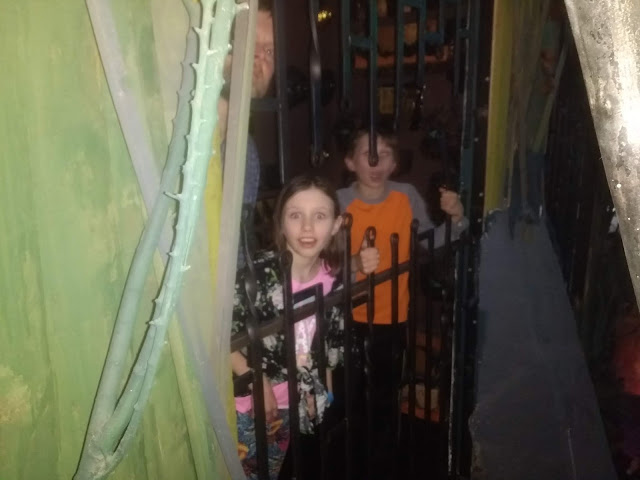 There was this room (quite refreshing to the eyes, after everything else that was like a color explosion) that was only black and white, with a ton of (obviously) black and white objects. 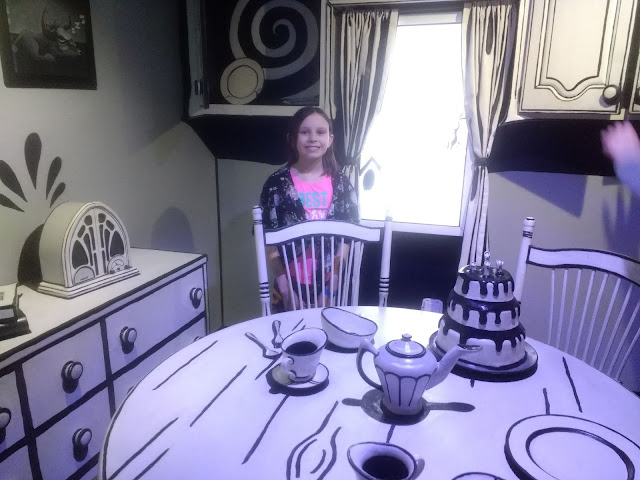 There was a mirror on the back wall, by the door.  Notice the swirl in the cupboard and the tea party theme. 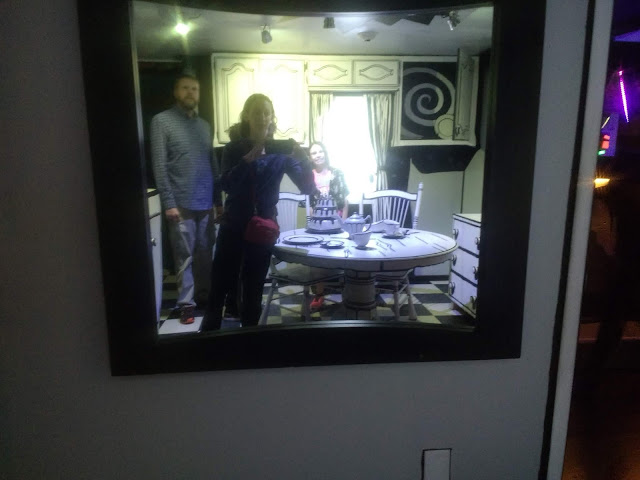 Get real.  Who doesn't want to wash their hands with a dog's tongue? 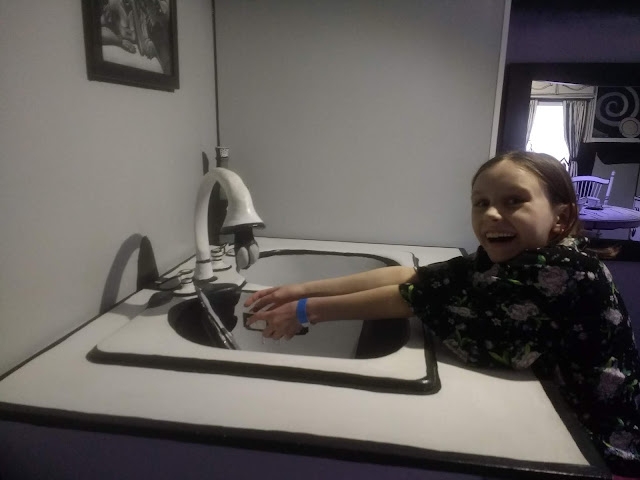 I pointed out a slide in the dryer earlier, but you couldn't visualize it like it was.  The slide was lined with blue lights and had a small room with a bench at the bottom.  There were clothes in the walls, and swirling lights to make it seem real. 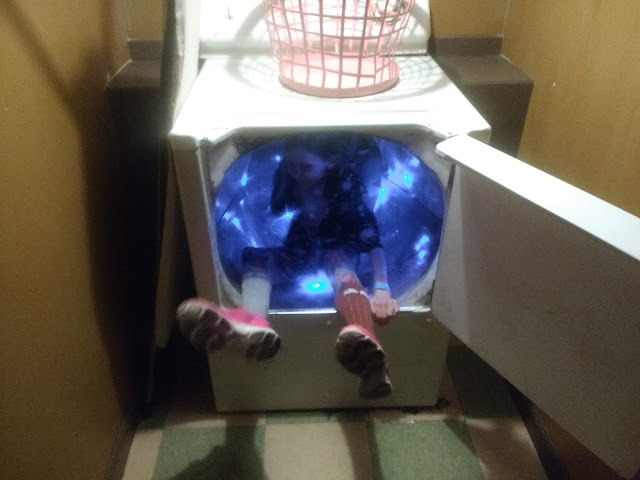 It was a tight squeeze for Dude, because it was an actual dryer (without the latch). 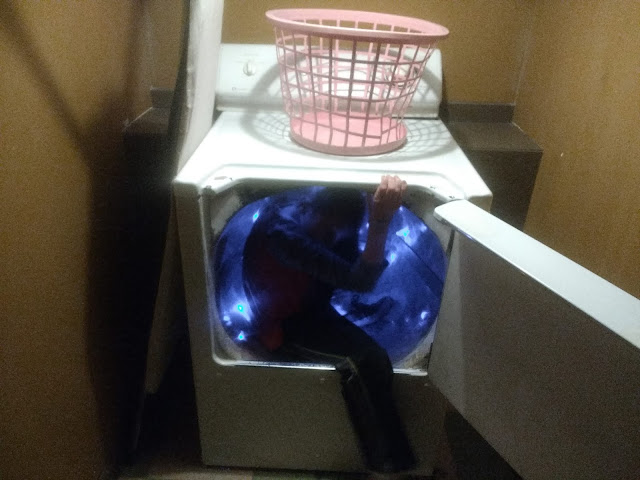 Of course, the slide was only about five feet long, but it was still fun. 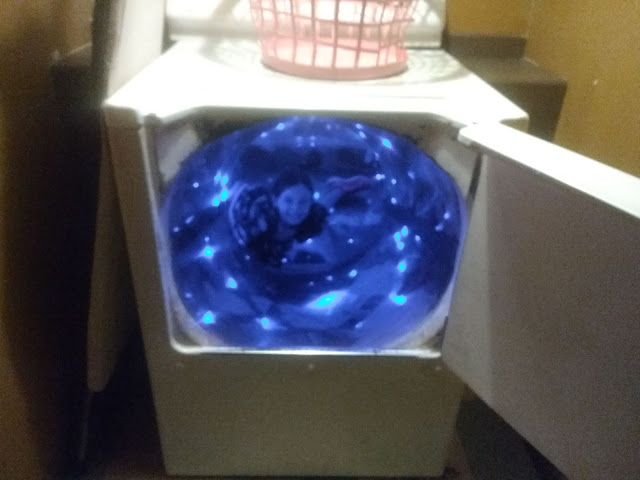 There was a huge rat sculpture that you could go into in the back corner.  It really was gigantic. 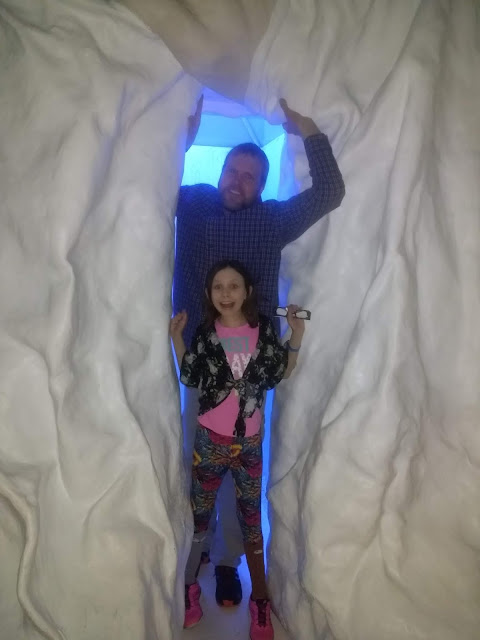 There is always something wacky behind every door at Meow Wolf.  Make sure to look before you enter. 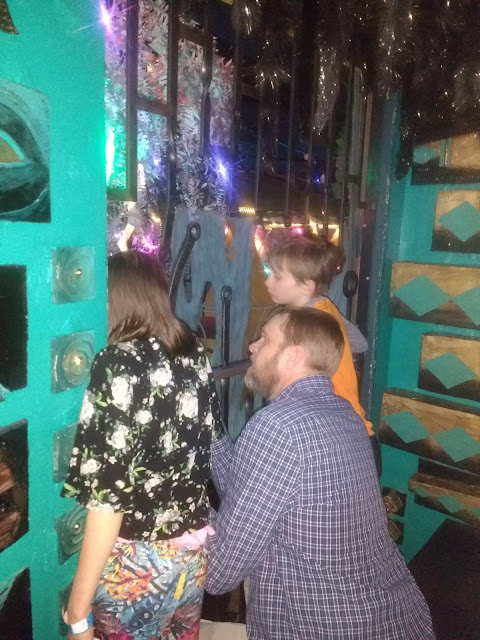 The picture is blurry, but those are a huge (fake) set of mammoth ribs that played notes when whacked with a stick.  Just like the fake glow worms, it changed light colors every now and then. 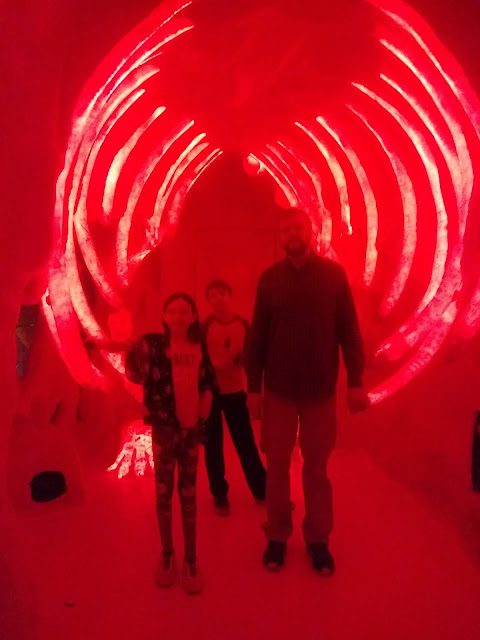 To finish this post, I really enjoyed Meow Wolf.  It was a mix of climbing, spelunking, and craziness. And one more thing, (SPOILER ALERT!) we noticed that each room reflected a toy, figurine, or other item in the kid's bedroom in the house.

What fun places do you go to?  Tell us!