Updated to 1.16.4!
In Minecraft, there are a few different natural structures. If you know where to look, you can find them almost anywhere. If you find any kind of structure, be sure to look around because most of them contain treasure and sometimes traps.

Villages
Villages are small towns found in plains, deserts, savannas, ice plains, and taigas. They are inhabited by villagers and iron golems. While you are in a village, you can collect food from their farms and trade with the villagers (Trading post coming soon!). If you are looking for treasure, then just look through the buildings. Many contain chests and rare blocks. If there is a chest inside, it can contain anything from tree saplings to iron tools to diamonds and even obsidian. You can also find lava and furnaces in the blacksmith and bookshelves and lecterns in the library. Crafting tables can be found in some smaller houses. Village farms contain wheat, carrots, potatoes, and/or beetroots. Other blocks you can find are grindstones, fletching tables, smithing tables, stone cutters, brewing stands, and many more. 
Desert temples are large pyramid-like structures found in the desert. A fair amount of the time, desert temples are buried in the sand, so all you see is the top of a tower. There are two ways to enter a desert temple: you can go in the main entry or in one of the towers. The main entry is more direct, but if the temple is buried, one of the towers is a better choice. When you walk into the main room, you will notice a pattern in the floor. Under the center of the floor there is a three by three hole in the ground that is very deep. At the bottom there is four chests and and a pressure plate. If you step on the plate, a whole ton of TNT will explode. To safely get down there, make a spiral staircase that goes around the perimeter of the pit. Some people use water buckets to make a waterfall but that brings you very close to the pressure plate. Your most common finds in the chests are emeralds, gold, bones, and enchanted books. You can also find enchanted golden apples, though rarely. 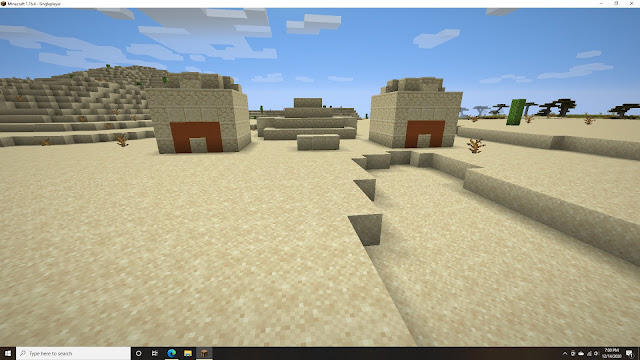 Jungle Temples
You can find jungle temples in, hence the name, jungles. They are rare and hidden well in the lush rainforests, so they are hard to find thanks to mossy stone and vine cover. A jungle temple consists of three floors. The entry is on the second floor, nothing is on the third floor, and all of the treasure and traps are on the first floor. On one side of the stairs, on the first floor, you will notice three levers. If you pull these levers in the right order, a chest will appear on the second floor, although it is easier to destroy the levers and the wall behind them so you can get to the chest and the redstone mechanism powering the levers. On the other side of the stairs there is a long hallway. Watch out for tripwires, because if you step on one arrows will shoot at you from dispensers laid into the wall. At the end of the hallway you will find a chest. The most common finds in both of the chests are gold, rotten flesh, and emeralds. 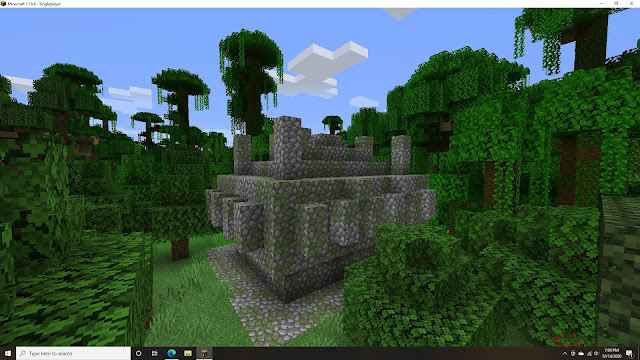 Ocean Monuments
Ocean monuments are large underwater pyramids made out of prismarine blocks. They are protected by guardians and elder guardians (Refer to mobs post for explanation). The entry point is underneath the arches on the front of the structure. In the center of the monument, you will find eight gold blocks encased in prismarine bricks. Most of the other rooms are empty, but there is a room containing sponges and three rooms with elder guardians. 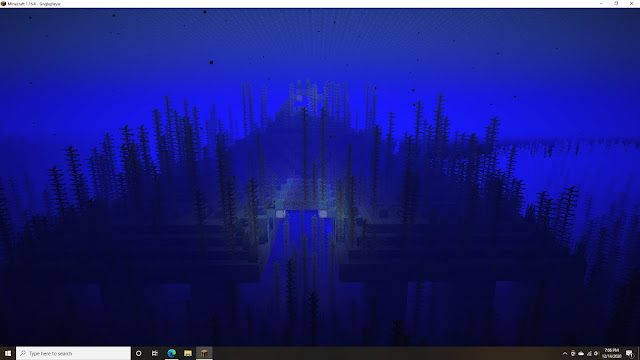 Underwater Ruins
Underwater ruins are old villages inhabited by drowned that are found under sea level. They are made of stone in colder oceans, and sandstone in warmer oceans. Chests with rare loot can be found in them. Sometimes, these ruins will appear on beaches. The drowned that spawn here will never despawn. 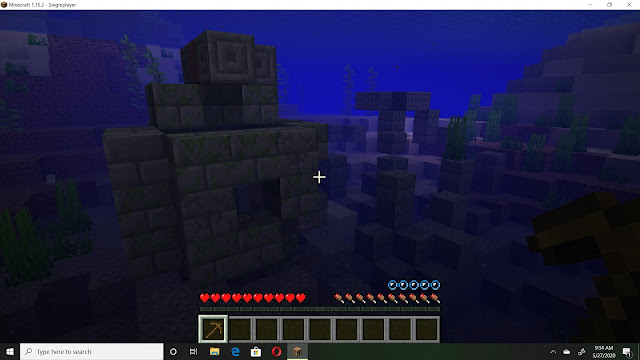 Sunken Ships
Sunken ships are shipwrecks found in the deep ocean. You can find them sideways, upside down, right-side up, or any where in between. Inside you will find tables, chairs, and a chests. These chests spawn in three places inside the ship. Two will be in the hull, and one will be in the cabin. In the treasure chest, which is found in the cabin, you can find iron, gold, diamonds, emerald, and lapis. In the mapping chest you will find a buried treasure maps, maps, paper, clocks, and books. In the supply chest you can find suspicious stew, bottles o' enchanting, carrots, and potatoes. Watch your surroundings because drowned commonly spawn here. 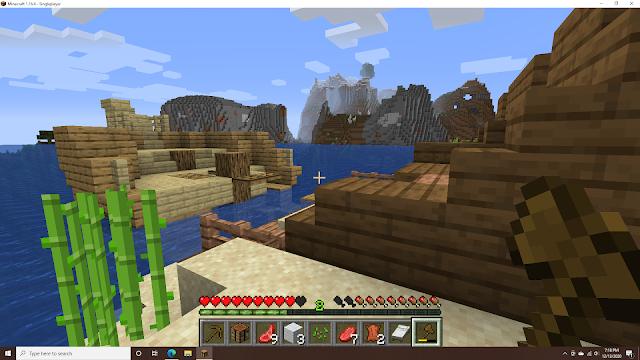 Swamp Hut
Witch huts are small houses that are built onto stilts over the murky waters of swamps. Inside you will find a cauldron (Filled with a random potion), a crafting table, a furnace, and a pot with a mushroom. Witches will always spawn in their huts even if you killed the original one. A black cat will also spawn, which you are free to tame. 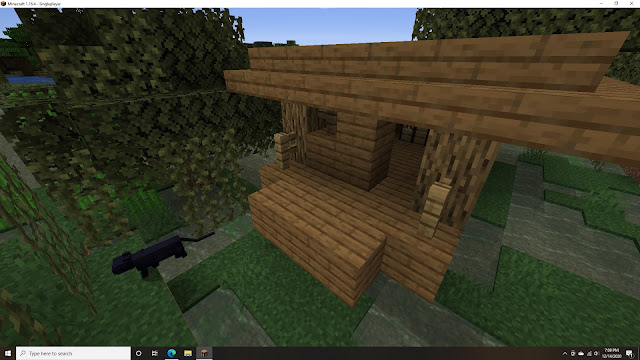 Igloo
Igloos are small domed houses made out of snow. You can find igloos in snowy taigas and ice plains. Inside of an igloo you will find a bed, a crafting table, a furnace, and a redstone torch. Be sure to take out the carpet, because in half of all igloos you will find a trapdoor. If you climb in to the opening you will descend down a long latter. At the bottom of the latter you will find yourself in a small stone basement. The basement contains two prison cells. One contains a villager and the other contains a zombie villager. You will also find a Calderon, a flower pot, a brewing stand, and a chest. On the brewing stand you will find a splash potion of weakness. In the chest you will find a golden apple and a few other random things. Don't mine the walls of the basement because they are made out of silverfish stone. 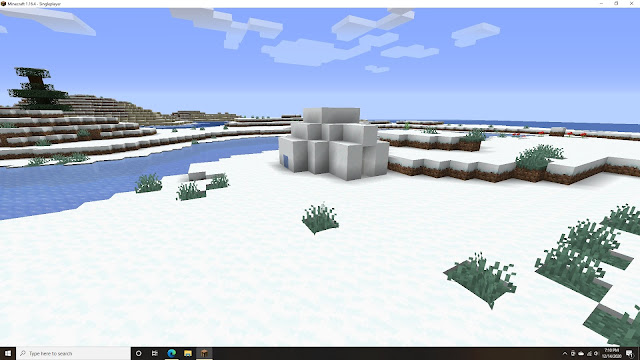 Woodland Mansion
Woodland Mansions are huge, three story houses found in roofed forests. Once you find the doorway, you will have the choice to go up stairs or to take the right or left hallway. The pattern of the rooms in a woodland mansion is random, so if you are looking for a specific room you will need to explore. In the mansion you will find bedrooms, mapping rooms, farming rooms, a room with a stream, rooms with huge statues, prisons, and many other random and weird rooms. While in the mansion you will see almost all of the overworld mobs, but you will also see three monsters that can only be found in these mansions. These are the vindicator, evoker, and vex. You can read about them in the hostile mobs post. In woodland mansions you can find anything from wood and leather to enchanted diamond armor and obsidian. 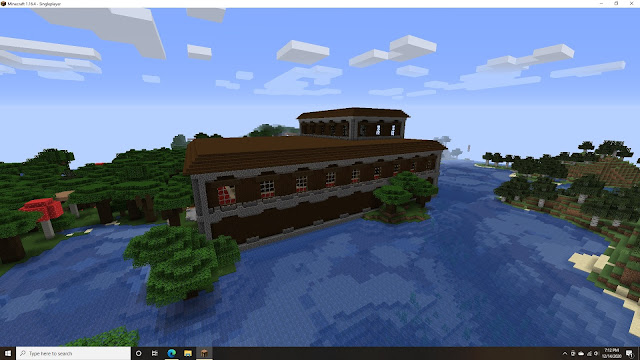 Abandoned Mineshafts
Abandoned mineshafts are old mines that can be found deep underground or at the surface in mesa biomes. Mineshafts are usually found intersecting caves and crevasses. Lava-falls and waterfalls are normally concealed behind the walls. Long railways wind through the maze of tunnels and it is very easy to get lost. Every once in a while you can find a minecart with loot in it. The main things you will find are tree saplings, pumpkin seeds, and melon seeds. You can sometimes find pickaxes and obsidian. Also watch out for spiderwebs and cave spiders spawners. 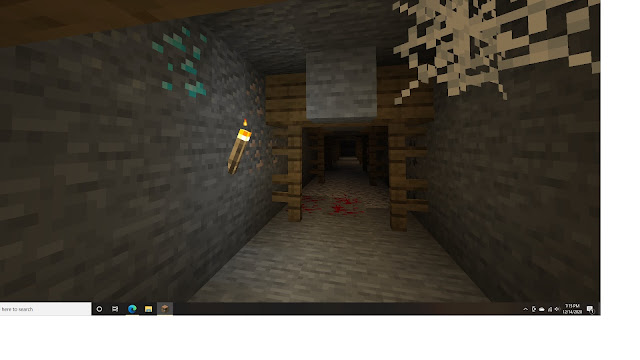 Dungeons
Dungeons are very small rooms made of cobblestone. They can be found almost by the surface or deep underground. You will normally find them bordering caves, crevasses, and even mineshafts.
Some of the features that stand out in dungeons is the chest or two and the mob spawner. The spawner can spawn spiders, skeletons, or zombies. Due to the lack of space it could be difficult to fight.

Strongholds
Strongholds are very large structures found deep underground. They are always around 640 to 1,152 blocks from the X, Y, and Z coordinates of 0, 0, and 0. Strongholds contain empty hallways, jail cells, fountain rooms, libraries, and the end portal room. There are always two libraries in a stronghold. They contain bookshelves, spider webs, and a chest. Every once in a while, you can find a chest in a hallway or at the bottom of a staircase. There is no good way to find the end portal room of a stronghold quickly because it is like a maze in there. Sometimes you can find the portal room in a few minutes, sometimes it can take hours. 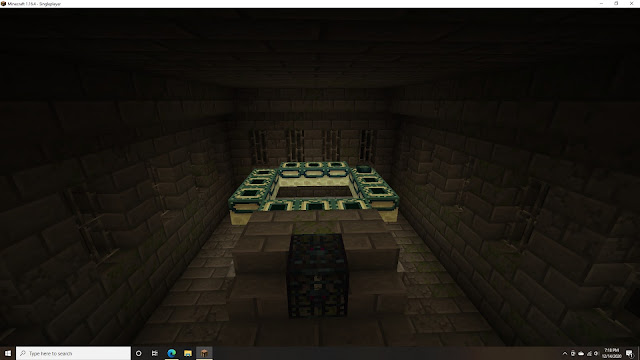 Pillager Outpost
Pillager outposts spawn can spawn in any biome a village does, although they are much rarer. They are tall, hot-air-balloon-like structures made from spruce wood and cobblestone. Pillagers and raid captains will always and continually spawn in large groups around the outpost. Smaller structures, such as prisons, tents, and training dummies, may also spawn. The outpost is empty, except for the top floor, which contains a chest. Inside the chest you might find arrows, crossbows, spruce wood, potatoes, carrots, bottles o' enchanting, and (Rarely) an enchanted book. 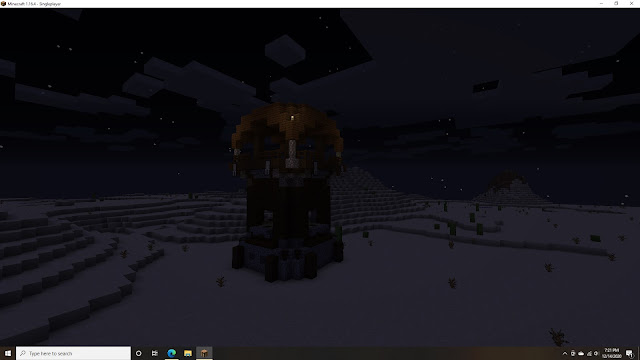 Ruined Portal
Ruined portals can spawn anywhere in the Nether or Overworld, including in lava lakes or underwater. The portals may come in different sizes and have different levels of completion of the frame. Sometimes the frame will even be toppled over. Blocks you may find include crying obsidian, netherrack, gold blocks, and magma blocks. Lava may also be present. A chest will be found near the portal frame. Inside you might find many gold items, including enchanted tools and armor. You could also find flint-and-steels, fire charges, and possibly an enchanted golden apple. 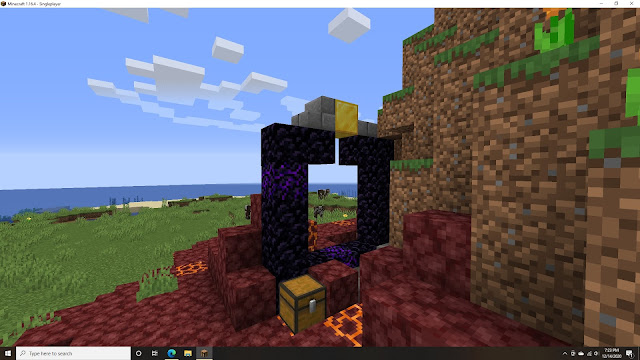 Nether fortresses are huge castle-like buildings found over the lava oceans in the Nether. Eighty percent of a fortress is empty hallways, but other rooms include the lava fountain room, the nether wart room and the blaze spawning room. One in four of the hallways in the fortress contain a chest. There are a couple of mobs that only spawn in nether fortresses. These are the blaze and the wither skeleton. Beware, both these mobs are hostile. 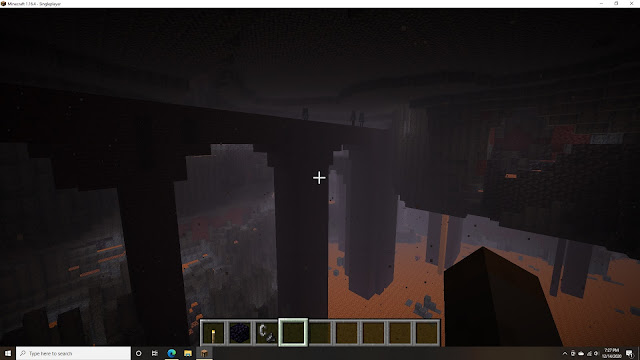 Bastion Remnant
Bastion remnants are large structures made of blackstone and can be found in any Nether biome. There are three types of bastions: The watchtower, the hoglin stables, and the treasury. Each of these is different in size and shape, and the loot tables differ in each. You will almost always find gold blocks, spectral arrows, quartz, and diamond items and maybe netherite. A large number of piglins, piglin brutes, and hoglins will be found wandering the structure. 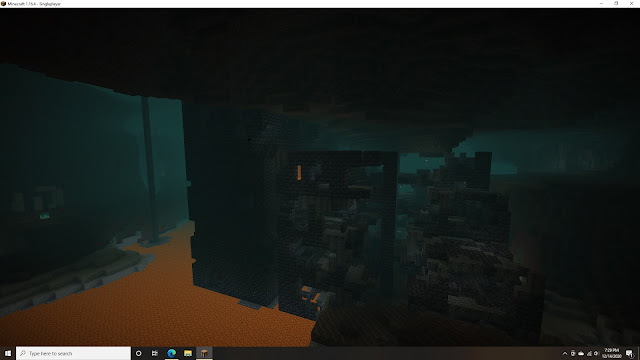 End Cities
End cities are gigantic jumbles of towers found in the outer islands. Most of the chests inside contain enchanted iron or diamond items. To get to these you will have to jump around a parkour type course and fight monsters while standing on a single floating block. The end ship might lie nearby. You will find an ender dragon head, an elytra, two healing potions, and a chest containing a ton on diamonds, emeralds, gold, and more. 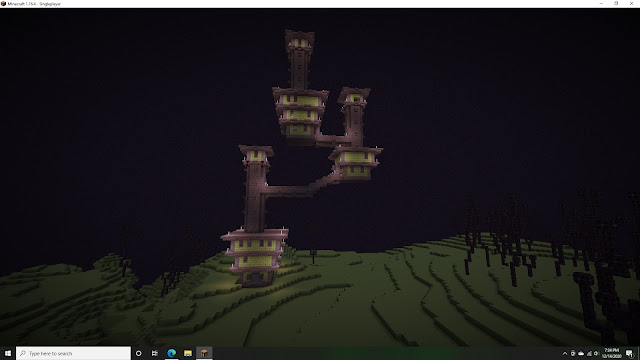 Now you know about every single structure in Minecraft and what lies within them. Which ones will you tackle? And which will you avoid?