If the title wasn't enough, this post is about seafood. There are two different "parts" of this seafood adventure. Part one is the food from a restaurant called Down and Dirty Seafood Boil. It's a place devoted to seafood and eating it messy. So messy, in fact, that you have to wear bibs! Part two is about a snack our dad brought back from Taiwan.
Part one: The food below comes to your table in the bag it was boiled in, and it's almost as hot as when they cooked it. We ordered a bag containing five pounds of mussels, shrimp, corn, and potatoes. The food at Down and Dirty is ordered by the pound, but crabs are an exception. 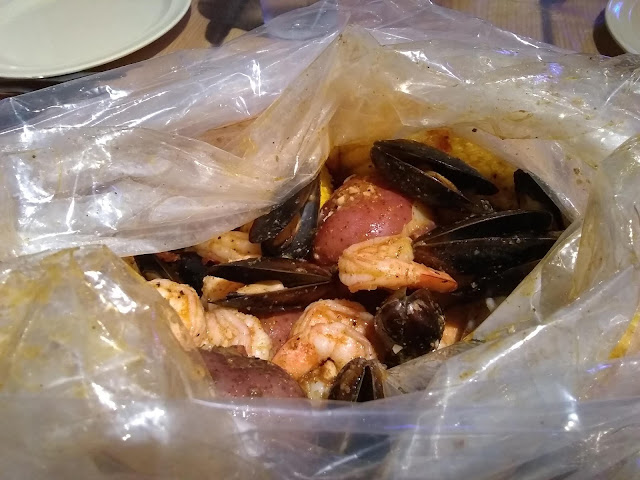 Dude loves seafood, so he was very happy to see all those underwater creatures. Baby Girl is not as fond of it as Dude. 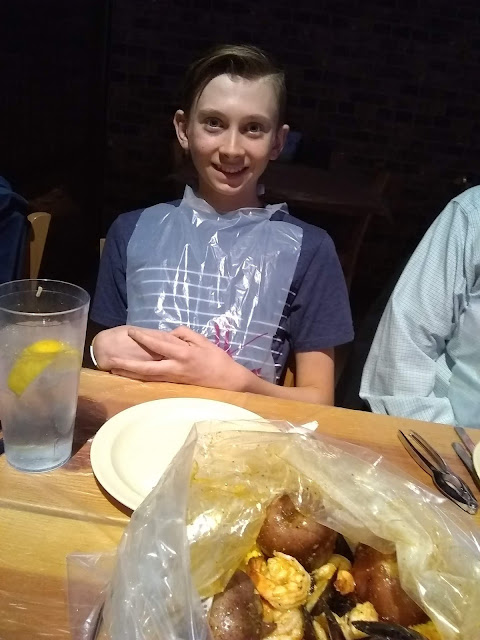 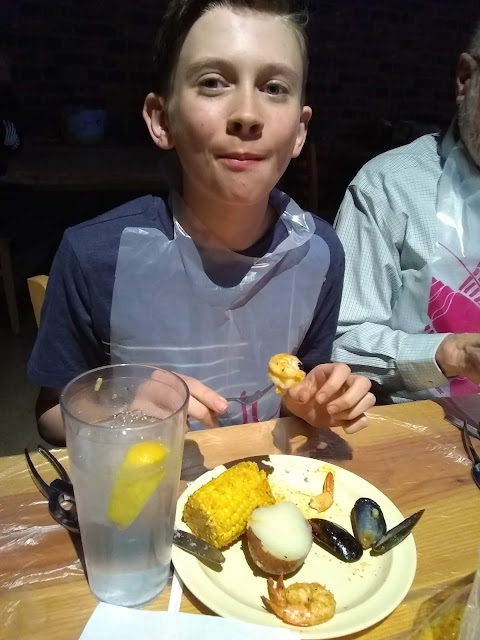 We also ordered a Dungeness crab to share. Even Baby Girl, who actually likes imitation crab, agreed that crab legs taste better than the rest of the body. The legs were gone very quickly. 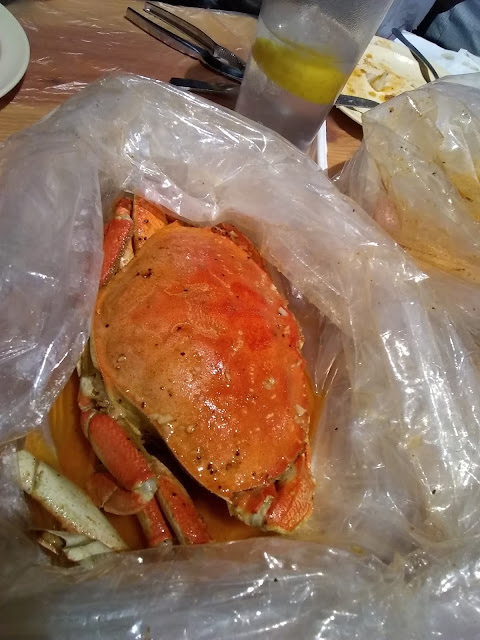 Dude even tried some of the meat from the crab's pincer. Baby Girl tried a little, too. We both agreed pincer meat is even better than leg meat! 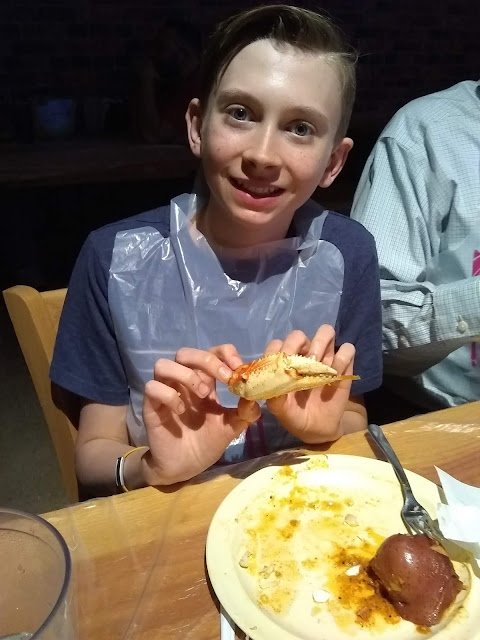 Part two: Part one was a bit long, but this one is shorter. We don't know the name of the snack because the words were all written in a foreign language. One part of the snack was dried minnows. Yes, you read that right. Dried minnows. Dude loved it and ate quite a few. Baby Girl was not so impressed and spit it out in the garbage. 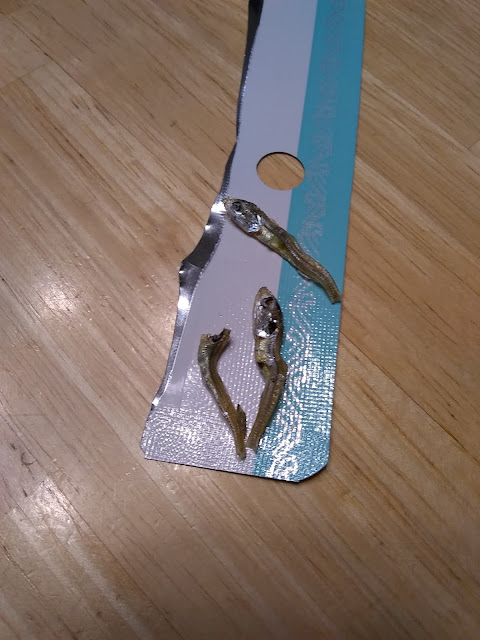 The other half of the snack is almonds. Minnows and almonds. It's a real snack. That people eat. Gross, right? (Dude loved the almonds just as much as the minnows, but Baby Girl spit them out like the fish. She said they tasted like the minnows.) 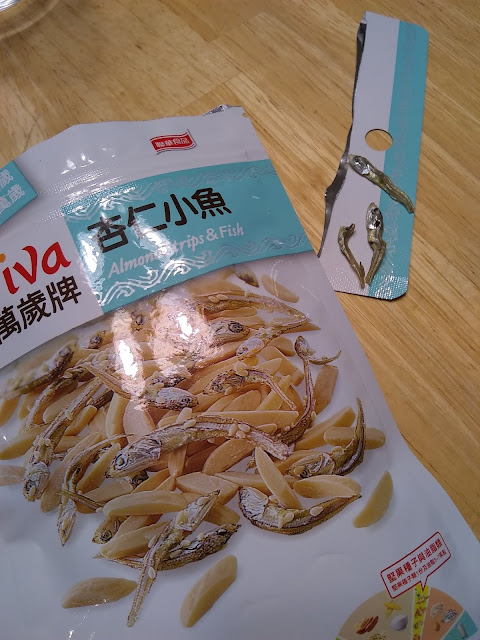 If you look on the bottom corner of the bag, there's a food wheel showing you where the fish and almonds fit into your diet. 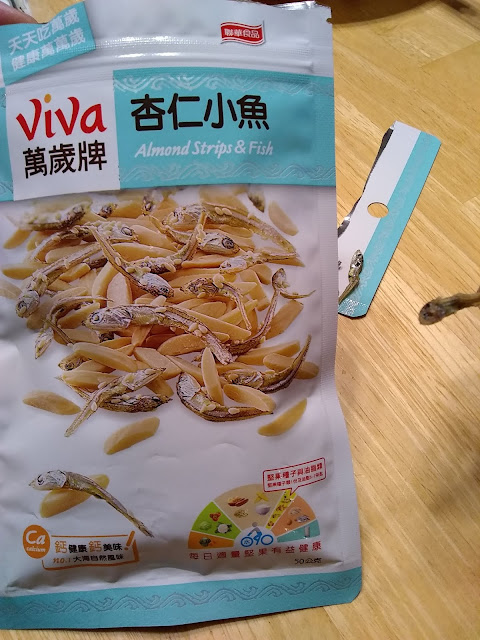 What sort of odd seafood have you eaten? Did you like it? Tell us!