The Best Knot Ever!

When I'm bored, I like to twiddle with one or two pieces of string (Never underestimate the fun that can be had with knotting scrap string together!), and I accidentally stumbled upon this knot. It's so fun to do and looks almost like a row of knitting. I'm not sure if it's a real knot or not (Heh-heh), but it's SO FUN. 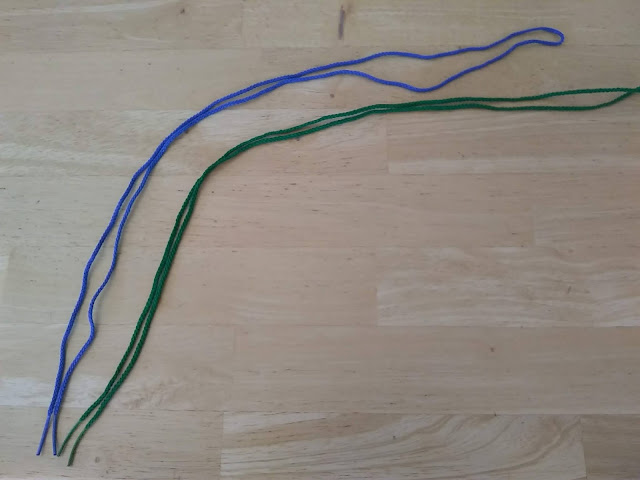 To do the knot, you'll first need at least one piece of string. I have two here because I wrap one string around the other, but you can do the knot around pretty much anything if the string or rope is long enough. Take your string and fold it in half, creating a loop and two ends. 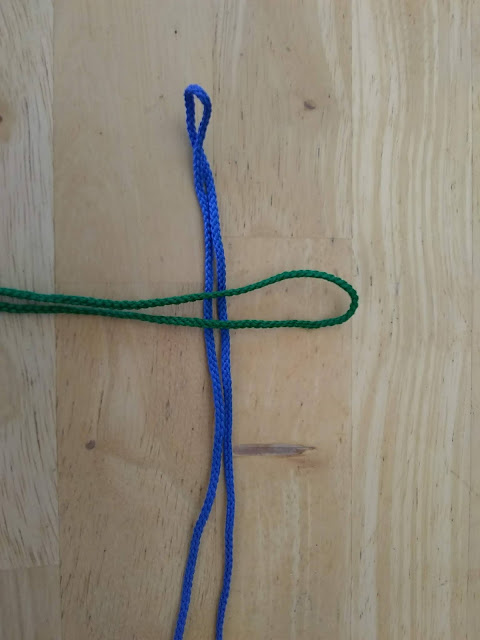 Lay one string horizontally underneath the vertically placed object (I'll just call it the vertical string from now on.) you're practicing on. In this case, I'm tying the blue string around the green one. The picture above if flipped, but you shouldn't need a picture to guide you on this step. 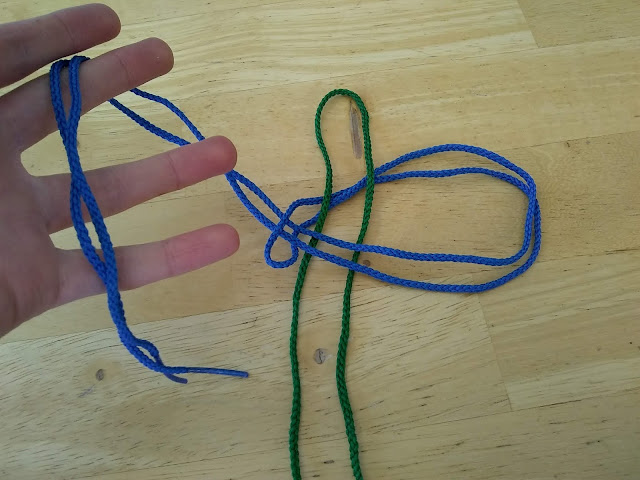 Take the two-ended part of the horizontal string and bring it to the same side as the loop end, going over the vertical string. As you do, bring the two ends through the loop. 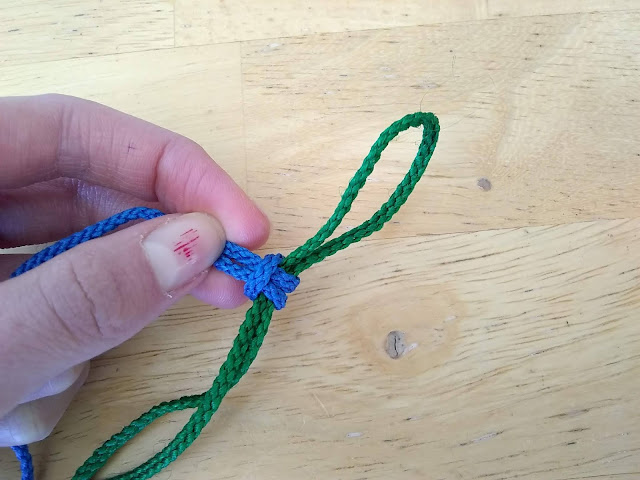 Pull tight. You might have done this knot before, but we're going to continue. 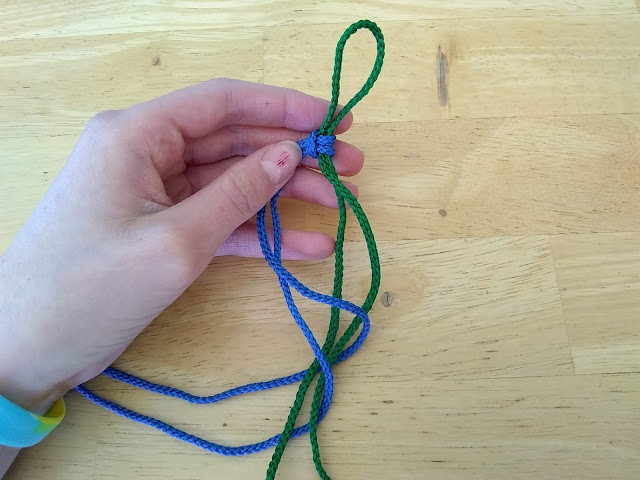 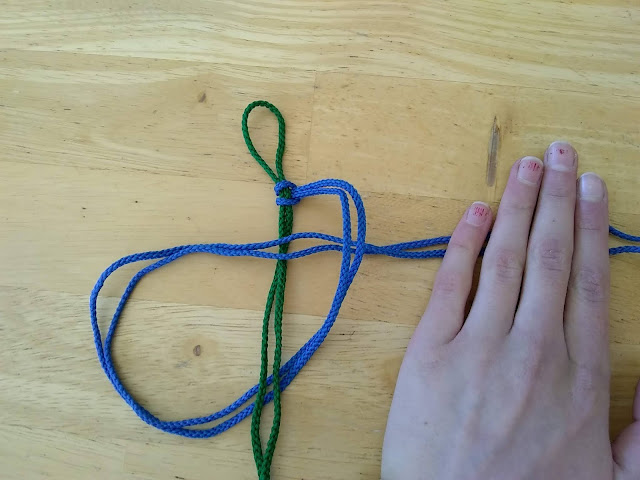 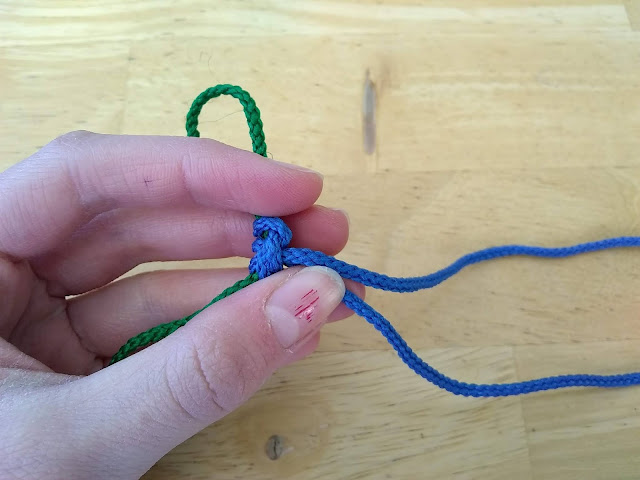 Pull tight. Look at the ribbed edge you started to create above the vertical string. This is the idea. Let's keep going. 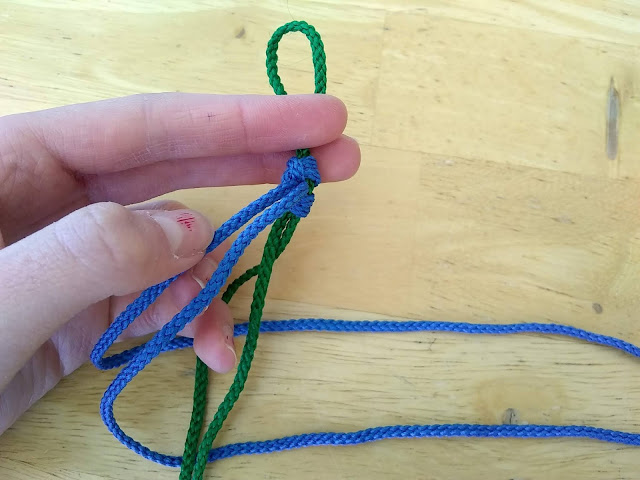 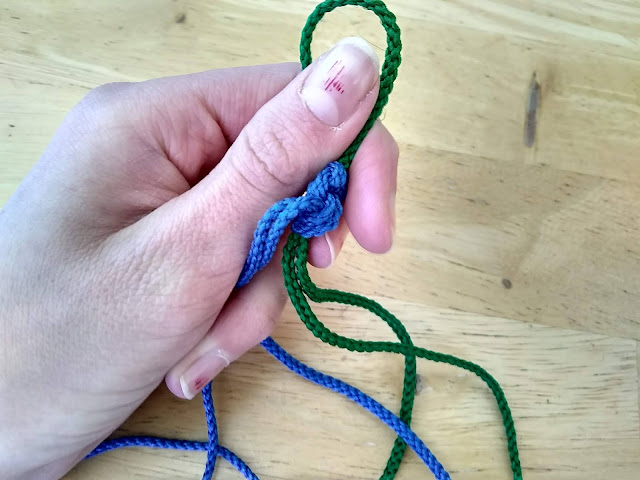 Pull the two ends through the loop they created as you did last time. Pull tight. Are you getting the idea now? Keep going! Knot until you run out of string or have gone as far as you'd like. 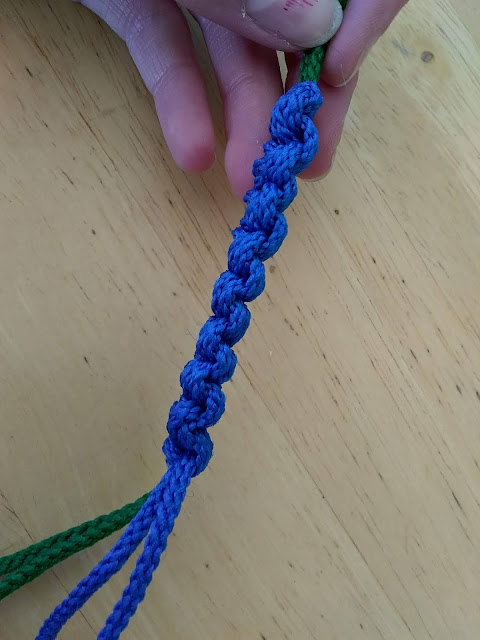 You can keep this going for a while, and as you keep going you'll notice the knots will arrange themselves in a pattern much like knitting! When you're finished, bunch the strings on the opposite side of the row together so the vertical string is not visible underneath.

This knotting technique is great to cover a keyring for a gift, or basically anything that can easily and safely be accessed by you.

Do you have a favorite knot that looks really cool? Tell me!