So this time I'm reviewing a product I recently tried with my mom. She was interested in gel nail strips that she'd heard about, so we got some at Walmart to try out.

The nail strips come in lines on plastic sheets so you can size them to your nail. The box we got had 34 strips, two of which were very large, most likely for toes. To apply the nails, you take the right size off the sheet, carefully line the bottom up just above your cuticle after cleaning all your nails, and press it down, exactly like a sticker. Once in position, you take the included file and rub in one direction to get rid of the excess material above the tip of your nail. The total process, for my mom and I to do all twenty of our fingernails separately, took about forty-five minutes.

Some things to point out would be that the strips are very long. VERY long. So long, in fact, that my mom and I cut our pinkie finger strips in half and used a half on each nail, and we still had excess on the ends. Also, the included file isn't too high-quality, so if you have a better one you might want to use it instead. 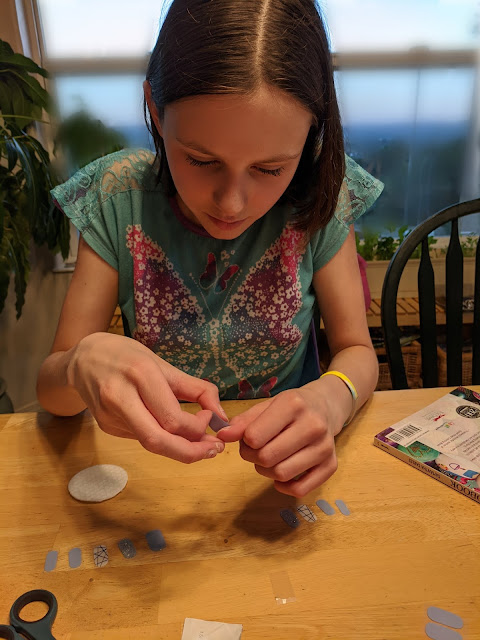 After application of the gel nails, it's recommended that you don't expose your hands to water or lotion for about an hour. We put them on around bedtime, so that wasn't too hard until we had to shower or such. The box says the nails last up to fourteen days. 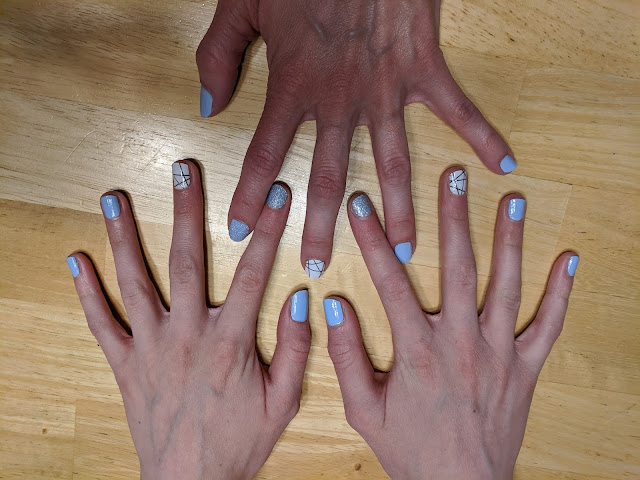 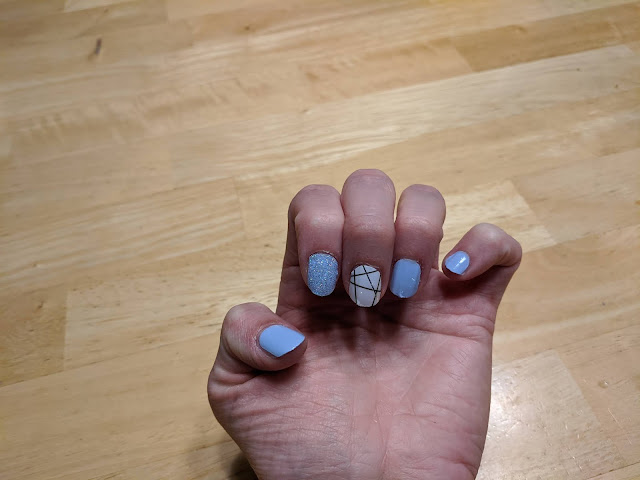 The picture below is my gel nails after fifteen days. We removed them then. You can see if you look closely that the edges of the nails are starting to get ragged, and I also had my nail break under one the morning of day fifteen, so I needed to remove it to fix my nail. It should be noted that they peeled up a little at the edges a few times because I was crafting and working on a car (They held up good in that aspect) so when they peeled up I glued them back down with an Elmer's glue stick. It worked.
After removal of the gel strips, the nails were slightly pale, but were not smelly or sticky. Bonuses of the gel strips include no drying time, no chemicals that ruin your nose, and the fact that they didn't chip for neither my mom nor I during the fifteen days, as nail polish would. 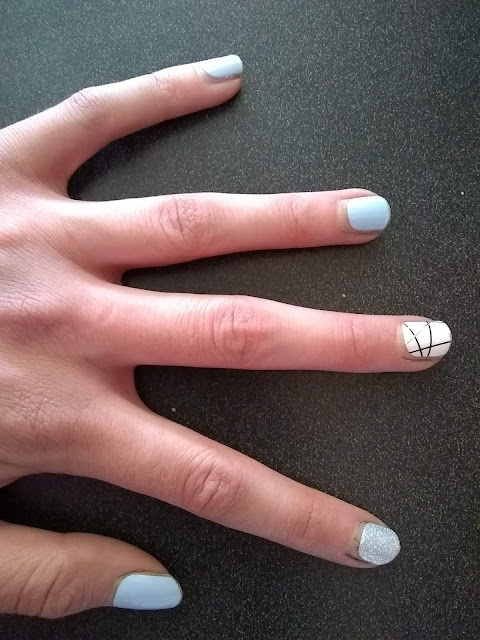 The exact match of the gel strips we used is the Dashing Diva Gloss Gel Nail Strips from Walmart.

Tough Girls nail strips...SO many colors and styles I couldn't look at them all

Starry Night nail stickers (Some of the reviews are five stars and some are two stars, heads up, but they look cool)

Thanks for reading! Do you wear nail stickers? What kind do you use?